A meticulous perfectionist, he creates his first character, “Timothée Octave Wang”, in a twenty episode story for this weekly in 1981. Timothée also stars in Warnant’s unique story in forty-four episodes, “La Statue vivante”, in 1984.

At the same time, Warnant creates three complete short stories (“Le Long voyage” based on a script by Desberg in 1981, then ‘P’tit Beurre” and “Le Miroir aux alouettes”, for which he wrote his own script, in 1984).

Having already gained a taste for advertising, he teams up with Tome to create an unusual character, a New York cop, who hides his true profession from his mother by pretending to be a priest!

“Soda”, which is short for David Elliott Hannett Solomon, is received with great journalistic acclaim when his first two major adventure stories are published in 1986 (“Un Ange trépasse”) and in 1987 (“Lettres à Satan”).

A number of albums follow quickly, but the artist tires of all this work with no guarantee of income. He abandons his hero after the tenth plate of his third scheduled case (“Tu ne buteras point”) and devotes himself entirely to advertising work.

It will take Tome two years to find a successor who is able to continue where Warnant left off, eventually choosing a new assistant from the studio he set up together with Janry : Gazzotti. This risky move will turn out to be a great success and “Soda” has now resumed his best-seller career. 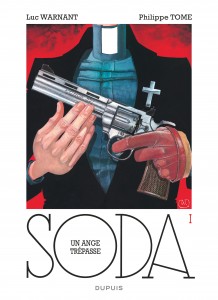 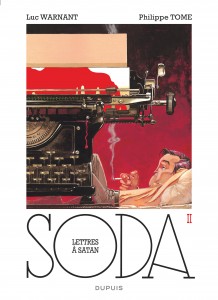