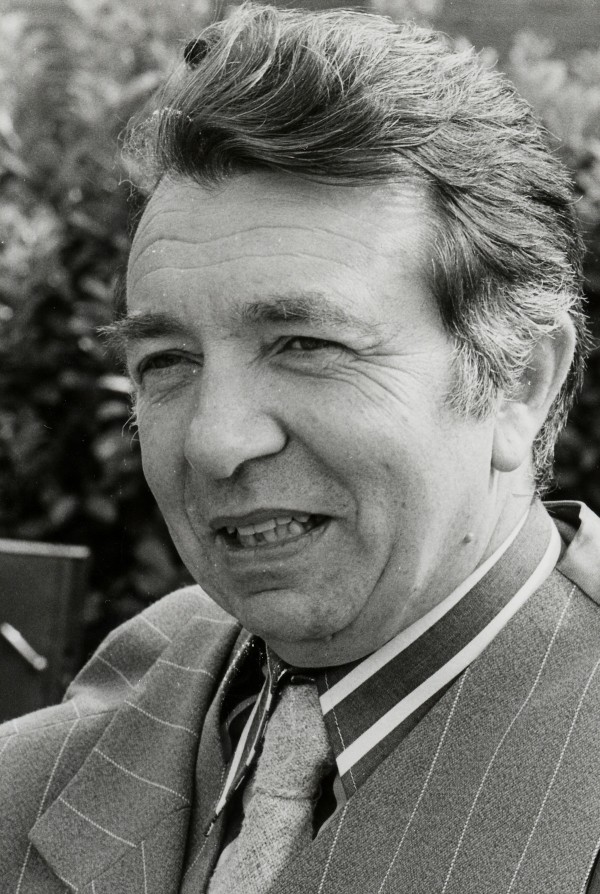 Birth date: 1929-05-03
Born on 3 May 1929 in Louvain, Berck was passionate about American comic strips such as “Dick Tracy”, “Red Ryder”, “Flash Gordon” and “Mickey” which he discovered during his youth. His first attempt at writing a story was a parodic biography of Hitler, but the invasion of Belgium by the Germans forced him to destroy the work and a great deal of preliminary drafts and Berck wisely decided to avoid writing political satire in future.

Although not particularly wealthy, Berck’s family nevertheless agreed to let him enrol at the Academy of Fine Arts and Architecture in Louvain at the end of the war and then at the Saint-Luc Institute in Brussels, hoping that he would go in the direction of architecture. But the adolescent had already made his choice. To earn his living, he was employed by the Jesuit convent in Louvain, at the age of 18, where the missionary magazine, Pro Apostolis, was produced, the elderly illustrator of which he hoped to replace one day.

From 1948 to May 1952, he made improvements by accepting all graphic work asked of him on the magazine. Until 1956, he also illustrated the written work produced by his Jesuit protectors.

Having initially been refused the chance to work on projects for Tintin in 1949, he decided to perfect his talents outside of the convent. He worked for a Catholic press agency until 1956, where he produced short illustrated biographies. He also managed to illustrate a dozen or so children’s books for a publishing house in Antwerp which called upon his services from 1954 to 1958.

In 1957, after trying the editor of Tintin again, he entered Lombard by the back door and joined the new advertising department, Publiart, where Jean Graton was working part-time. The Breton and Flemish man exchanged their own experiences. Being a specialist in wash drawings and gouache-style direct colours, Berck sometimes replaced his friend on work of this nature for Line and Tintin but this experience was his first real lesson in comic strips and he quickly took advantage of it to produce advertising strips and collections for the agency (“Polochon dans la Pampa”, “Le Grenadier Victoria”, “Vic et Rio”, “Les Frères Cha-Cha”).

Now feeling at home, he settled at Tintin, suggesting an amusing taxi driver character in 1958. René Goscinny provided the scripts for “Strapontin” until 1964. This success allowed the cartoonist to launch other characters with the scriptwriters Yves Duval and Jacques Acar (“Rataplan”, “Viva Panchico”, “Ken Krom” and “Lady Bound”), the two friends often working under one name and taking up the adventures of “Strapontin” again once Goscinny had left. In 1967, the artist decided to move to Dupuis publishing.

However, Berck was not about to leave it at a single series. Although he had turned down the chance to integrate with the Vandersteen studio (Bob and Bobette) and to take over a large section of their daily productions, he was very much a methodical worker, always working to schedule and capable of producing three or four albums a year. After trying his hand at Pilote in 1963, he came to understand that his talent would be better appreciated in Dutch language publications. He began regularly working on the weekly publications by Averbode Abbey (Zonnekind and Zonneland, copying certain episodes for their short French counterparts, DORéMi and Tremplin), where he wrote more stories until 1976.

In 1969, he worked with the scriptwriter Daniel Jansens to launch the prehistoric giant “Lombok” in the Gazet Van Antwerpen as a daily comic strip and, after three episodes, he accepted successive orders from the Dutch weekly publication, EPPO: “De Donderpadjes” (four episodes of these clever scout publications from 1971 to 1974), then “Lowietje” (“Lou”, from which Raoul Cauvin anonymously took up the scripts from the second to tenth episodes made from 1975 to 1983). From 1972 to 1974, he also created the sci-fi cartoon “Mischa” for the German market and the magazine Fix Und Foxi. Mischa was a vast saga with numerous anonymous contributions (Cauvin, Bollen, De Gieter and Francis).

At Dupuis publications, he started off illustrating two episodes of “Mulligan”, a tugboat owner devised by Yvan Delporte and Raymond Macherot. It was Cauvin who made his dream come true by offering him the adventures of two bodyguards, “Gorilles Sammy Day et Jack Attaway”. From 1970 to 1994, the year in which he retired, Berck produced 31 “Sammy” albums before stepping down in favour of Jean-Pol. The success of this series led him to gradually give up his supplementary productions for the Dutch-speaking market.

Berck’s assistants included Bédu, Armand Sorret, Léo Loedts, Hurey and W. Ophalvens. His daughter, Luut, has put the colour into his work for a long time. Berck is a happy man who now devotes himself to reading history, gardening and travelling with his wife. He organises his leisure time just as he organised his professional work: methodically. 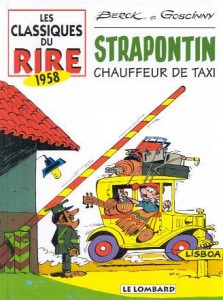 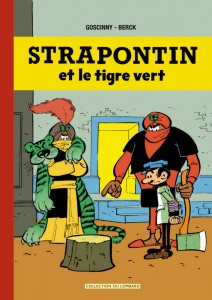 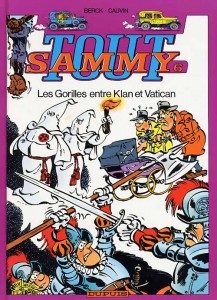 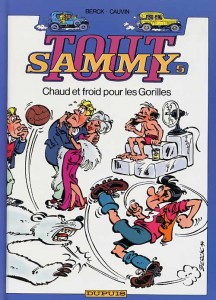 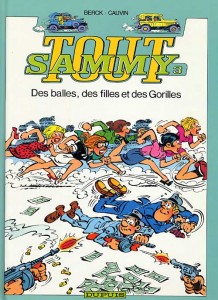 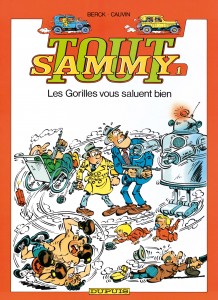