Birth date:
BEGINNINGS
Teddy Riner was born on 7 April 1989 in Pointe-à-Pitre, in Guadeloupe, and got his first taste of sport in the south of France’s capital in Aquaboulevard (Paris’ 15th district), where his parents enrolled him at the local multi-sports club at the age of 5. Bursting with energy, Teddy tried his hand at climbing, golf, tennis and swimming… But very soon he turned his attention to judo and football. At 6, he was involved in both sports as a member of Paris Judo and Levallois respectively. “He was very talented in both, recalls Moïse, his father. In football, notably, he played defender, but rounded off the season as best scorer of his team.” However, it’s important to choose as you mustn’t neglect your studies and Teddy opted for judo. “I’d already had some very good results, he admits. My decision was partly guided by my performances.” At the Paris Judo and JC Bolivar, he was coached by Alain Perriot.
CAREER
At the age of 14, he became part of Rouen’s youth training center. He remained there for just a year, during which time he trained with Dominique Paolotzi. The following year, he returned to the capital to join the French team at Insep, a government body whose duty is to help athletes of international level reconcile intense training with higher studies. Teddy was a boarder there. He carried out the bulk of his preparation with Benoît Campargue, one of the national coaches, but never really moved away from Serge Dyot, his coach at the Paris Judo, then later at the Lagardère Paris Racing. The two men have known each other since Teddy’s adolescence. During a session one year, the coach gave his own black belt to his young judoka, who’d forgotten his. “I then used it in a match, recalls Teddy. It brought me luck. I reckoned it suited me better than it did him and since then I’ve never let it out of my sight. I wear it at all my competitions. It’s my lucky belt.”

TRACK RECORD
In 2005, Teddy created a stir in French judo by winning the French cadet (15-17 yrs) and junior champion titles in the same year. He was just 16 years of age. The following year, he was a gold medallist in the European championships (Tallinn, Estonia), then the world championships (St Dominique, Dominican Republic), among the juniors. In 2007, at the age of 18, he became the youngest senior world champion in history, in Rio, where he stood out against the heavyweights. Then in 2008, he won the world junior championships, again among the heavyweights, and in the seniors in all weight categories. He then scored two more world crowns among the seniors in 2009 (Rotterdam) and in 2010 (Tokyo) in the heavyweight competition. The title he obtained in September 2011, during the World Championships in Paris, saw him go down in legend and he became the first judoka to have won 5 world titles. During his first participation in the Olympic Games in Beijing in 2008 he scored bronze. 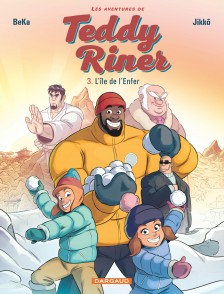 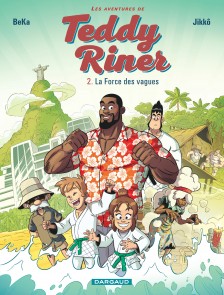 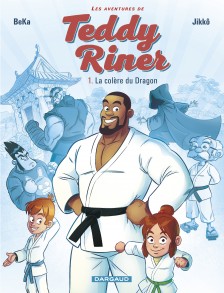 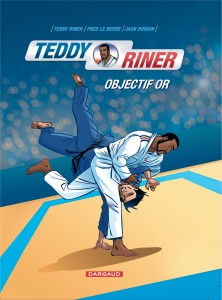