Birth date: 1958-11-15
Jean-Michel Thiriet, born on 15 November 1958 in Trier, Germany, completes his secondary education and spends three months at art school before he discovers that there is no comic book course!

It takes him a long time to recover from this blow. His first attempts as an illustrator appear in LE PETIT PSIKOPAT ILLUSTRÉ. In 1985, his first album is published by Éditions du Lynx and although its title “Riche et célèbre” reveals his innermost craving for riches and fame, it brings him neither.

From 1987 to 1993 he works as an editor at Fluide Glacial, flooding this monthly with short absurd and funny stories, which are collected together and published in volumes by Audie (“Histoires peu crédibles”, “Contes d’à-côté”, “Trois tiers de trio” and “Trois tiers de trio dans l’espace”), and later at L’Association (“Verte campagne”).

At the same time, he contributes to the “Nuls” sketches and to the “Nouvelles de Jules-Édouard Moustic” at Canal +, in 1993.

Recruited by SPIROU as part of the most recent wave of new contributors to this venerable institution, he establishes himself both as an illustrator and scriptwriter, producing contents pages, cartoons and hilarious illustrations.

Together with Manu Larcenet he regularly demonstrates in the “Humour Libre” collection with “La Vie est courte” that life is too short and that the best thing to do about it is to laugh.

Besides playing the guitar, harmonica and bass, his favourite hobby is visiting graveyard cats. 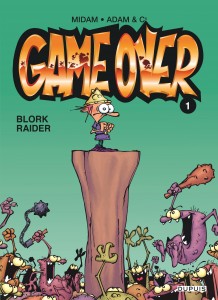 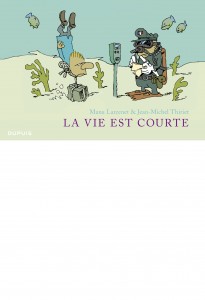